Six things I learned at PeopleForce 2022

Here are six interesting facts I learned at the PeopleForce 2022 conference in Brooklyn, NY. A must read for small business owners! 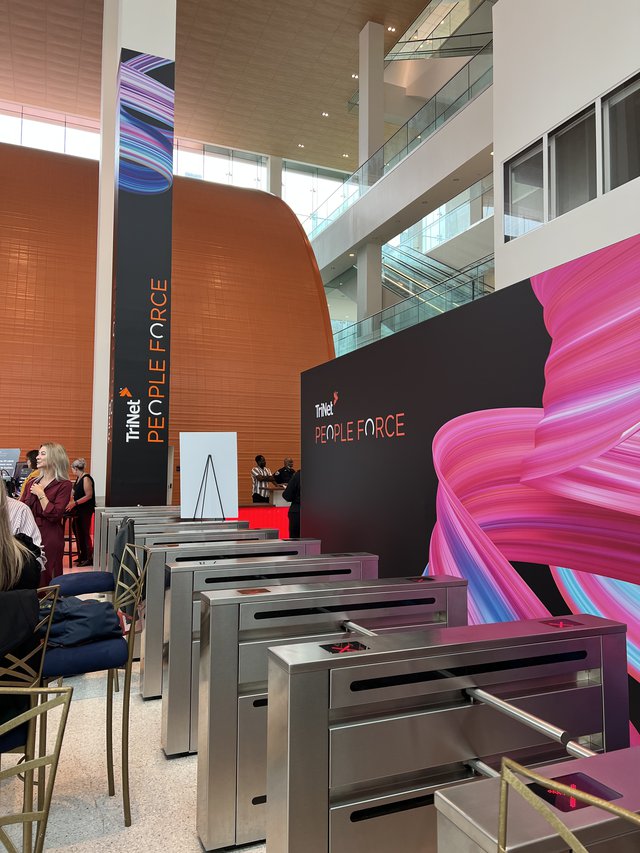 By David Bradshaw, SVP Client Services
David is a highly experienced consultant specializing in business strategy, lean operations/automation, and human resources. He holds a Master's degree from the University of Cambridge, UK, and an MBA from Quantic School of Business and Technology.

I had the great pleasure of attending PeopleForce in person in Brooklyn, NY this September. The line-up delivered a wealth of valuable insights that kept me engaged for the whole week. Here are six things I'm glad I learned during PeopleForce 2022.

There are challenges ahead for Small Business

This one is a bit of a cheat, because it shouldn't come as any surprise to anyone. Burton Goldfield, CEO of Trinet, opened the conference with a 'State of the Nation' for small business, and confirmed what we already know - small businesses in the US face significant headwinds in the form of wage inflation, labor shortage, supply chain instability and increasing cost of capital.

That said, he finished with some positive words of encouragement - the rate of new startups in the US is increasing, and that he believes that small businesses focused on delivering value around a legitimate purpose will do just fine in the months ahead. He reported a large degree of confidence amongst his small business customer base.

Now is still a good time to raise capital

Although the cost of capital is rising, now is still a good time for startups and small businesses to raise capital. Ellie Wheeler of Greycroft (VC firm) reassured the audience that there is still a strong supply of venture capital, but that the way potential investments are evaluated is changing. According to Wheeler, investors are shifting focus from growth to profitability, with a much lower tolerance of investments with an unclear time-to-profitability.

60% of S&P500 companies are WeWork customers

The WeWork turnaround continues as new leadership adapts the company to deal with the new use case presented by the COVID-19 pandemic - but did you know that 60% of S&P500 companies are now WeWork customers? This fact alone signals to me that the beleaguered company is finally growing up, and attracting a new customer base which should prove far stickier in the months and years ahead. Sandeep Mathrani, CEO of WeWork since February 2020, may have landed his role at just the right time. We all know that the pandemic has had a profound effect on attitudes and behaviors towards the working environment, and this in turn has changed the equation on real estate assets for businesses of all sizes. Faced with uncertainty and fear of long term commitment associated with commercial real estate, the WeWork value proposition has never seemed more relevant and has a whole new customer segment to help put the wind back in its sails.

Mathrani still has his hands full when it comes to the WeWork turnaround, but he is still finding time to travel internationally and keep his finger on the global pulse. During his travels, he learned that the US attitude to returning to the office appears to be an outlier on the global scene. He reported that in France, Italy, and England, it's pretty much business as usual as most employees have transitioned back to pre-pandemic office attendance patterns. Globally, WeWork's physical attendance traffic is back up to 80% of pre-pandemic peaks. This leaves me wondering why the US is lagging behind in the desire to return to the office, and what the long term implications will be. Even though many of us are adamant that we are just as productive working from home (and of course this is true in some cases), we expect productivity, engagement and loyalty to continue to suffer, causing significant turbulence in the supply and demand of labor.

As the labor shortage continues to present tough challenges for those businesses looking to attract and retain talent (and who isn't?), companies are innovating on benefits to try and stand out from the crowd. Debbie Lynch, an Executive Partner at Gartner, highlighted a growing trend - reproductive benefits (aka fertility benefits). Infertility diagnoses have grown by 20% in the last 25 years. In recent years, DEI efforts have become a priority for employers, and inclusive benefits play a critical role. Reproductive benefits may appear to be offer assistance for heterosexual couples, but in fact support everyone hoping to start or grow a family, regardless of gender and sexual orientation.

Mike Massimino was rejected by NASA several times, and told not to apply again, before making it as an astronaut and becoming the first person to send a tweet from space

In an inspiring interview, Mike relived his experience of realizing his childhood dream of becoming a NASA astronaut. In a tale involving multiple rejections, Mike persevered - even overcoming a terminal rejection based on failing to pass medical standards (eyesight). In a timely reminder that those who achieve their ambitions more often than not have to overcome the seemingly insurmountable, he went on to describe how he sought experimental treatment for his eyesight issue, and was eventually accepted into a NASA candidate program in 1996.